With the recent WannaCry ransomeware attack on sites around the world, you might wonder whether your Developer Community site is secure. You might also consider helping your developer program members ensure that they are using security best practices as well.

Cyber security has become one of the hottest issues today, but Evans Data’s just released Global Development Survey shows that only 31% of software developers say their company has an overall formal security policy that is uniformly adhered to throughout the organization. More companies, 34%, have an informal policy that is adopted by various departments throughout the company, while another quarter either have no particular policy or one that is piecemeal and defined by the various departments themselves.

In last November’s DevRelate blog post, “Security Chops for your Developer Relations Program and Team Members“, I encouraged all developer relations team members, whether they are part of a security based company or not, to be able to speak to the security aspects of software development. DevRel advocates should also be able to assure their members that the developer community site and APIs developers use are safe from security problems.

Evans Data’s recent press release, “Less Than a Third of Companies Have an Overall Cyber Security Policy“, reports that developers within the APAC region are the most likely to cite an overall formal cyber security strategy, according to the global survey of over 1500 developers in conducted in six languages over four major geographical regions. In North America and the EMEA region companies are more likely to have an informal policy that does not extend across the whole enterprise. EMEA is also the region where more companies with no particular policy at all are found.

In addition, only 26% of developers worldwide say they are developing their apps to run on secure and trusted systems. However an additional 19% expect to be doing this within the next 6 months.

“Recent events have highlighted the need for enhanced cyber security,” said Janel Garvin, CEO of Evans Data, “but security has been a top issue for software developers for quite some time and across many disciplines. We have consistently seen the developers themselves citing security as a chief concern so there is frustration that their companies aren’t taking an overall approach.”

Practice Secure Computing and Help your Developers Members Do the Same

Security Chops for your Developer Relations Program and Team Members 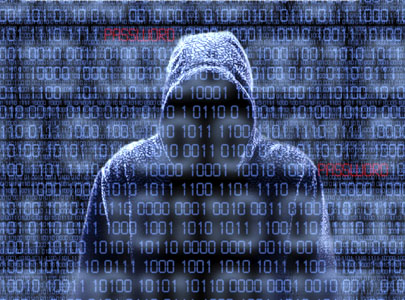 In a recent press release, “North American Developers Are the Only Ones Worrying About Cyber Warfare“, Evans Data reported on recent global developer survey results related to security, cyber crime and cyber warfare. The survey, conducted in six languages across four continents showed that developers in both the emerging Latin American and Asia-Pacific regions view the largest threat as “Intellectual Property Thieves and Corporate Spies”, while those in the EMEA region cited “Cyber crime syndicates” as the threat we should be most concerned with. Only in North America was “Cyber Warfare from Nation States” cited by a significant number of developers. This concern was number one in North America. You can read about additional findings in the Evans Data press release.

I keep up to date on what is happening with software and security by reading the security news, reading a few security blogs and following some of the sites focused on secure computing. You should encourage your developer evangelists to spend some of their time keeping up to date as well. Here is a good starting list of top security related sites with articles, blogs and links.

The platform and device vendors also provide articles and information for developers. Here are a few articles and sites:

There are many tools you can use to check the security of your developer relations sites. Check out the following services.

Developer Relations Programs and Security – tell me your story