Internet of Things and your Developer Relations Program

The Internet of Things (IoT) is one of the hottest topics in developer and technology conversations. IoT companies with developer relations programs comprise a vast range of use cases, industries and devices. I’ve personally written code for the personal medical devices including pulse oximiters, blood pressure cuffs, heart rate chest straps and blood sugar monitors. Using code and components I’ve created demos and videos showing how to work with home control devices including Z-Wave based smart switches and door locks. It’s easy to create apps that control home lighting and heating. I’ve created demo applications for department stores using proximity beacons and beacon fencing. These development use cases are only a fraction of the use cases that can be included in the IoT developer space. IoT reaches way beyond what a consumer might experience with IoT. Your IoT developer relations program can help educate developers with sample code, tutorials, how to videos and more.

To look at the larger IoT development opportunities, we can see IoT devices already in use in manufacturing, transportation, retail, energy, financial services, healthcare, homes, buildings, logistics, cities and governments. There is a vast array of opportunities for developer relations programs to reach out to IoT developers. Predictions abound that there will be billions of devices and trillions of sensors connected to the Internet. Recent news stories about hackers taking control of devices points to the need for security skills for developers. Big data and analytics software will allow developers to harness the rapid growth in the number of connected devices and the data streams they will create.

I should always answer this question with “who doesn’t have an IoT developer program”. We can quickly list the readily identifiable software, hardware, services and platform companies that are extending their reach to include IoT products. This group includes Intel, Cisco, Facebook, HP. Microsoft, Salesforce, Qualcomm, Oracle, Texas Instruments, Toshiba, Amazon, AMD, Samsung, Apple, SAP, Google, AT&T, IBM, Verizon, Huawei, Dell  and others. There is another group of companies, especially in the industrial and automation spaces that are adding IoT layers to their product and services offerings. In this group I include GE, Bosch, PG&E, ABB, Thingworx, Ericsson, Emerson, Siemens, Philips, Orbit, Cypress, Sierra Wireless, Schneider Electric, Rain Bird, Comcast, Honeywell and more. That said, here are links to a few of the thousands of companies that have active IoT developer relations and outreach programs. 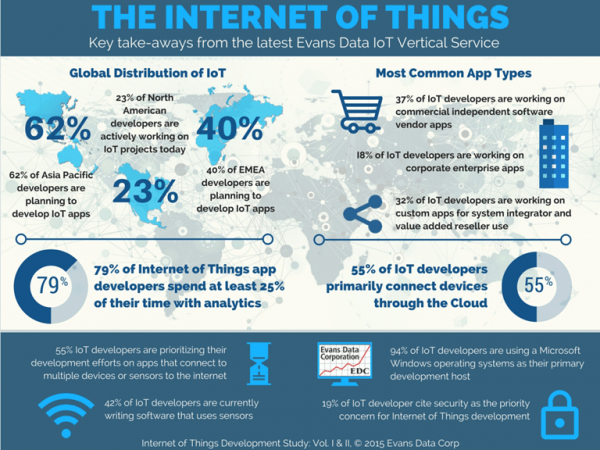 If you have a developer focused IoT program, let me know