At this year’s Evans Data Developer Relations Conference, March 27 and 28, at the Crowne Plaza Hotel in Palo Alto California, attendees will hear from Guy Kawasaki, the world’s best developer evangelist. I first met Guy when the Macintosh computer was launched when he and Alain Rossmann delivered an early Mac to the company I was working for, Softsel Computer Products, in Los Angeles. 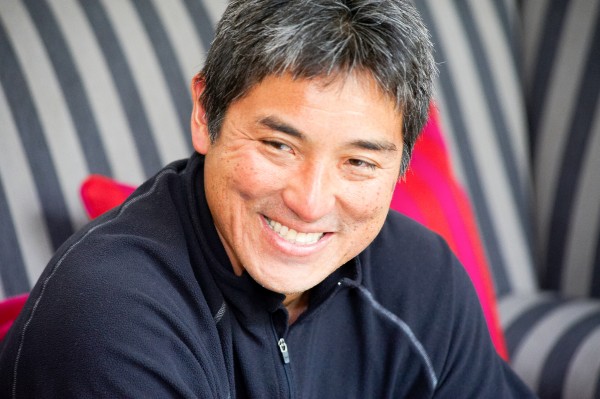 Guy and Alain carried the Mac on the plane in a bag (back then you did not have to take your computer out for screening before boarding the plane). They showed me the new computer, demonstrated the software and left it with me. Their goal at the time was to get as much Macintosh software into computer stores (yes, there were stores back them for hardware and software) as soon as possible. I remember taking the computer home over the weekend and with my brother-in-law Leigh, we played with and learned about the Mac. We first used Mac Basic to write some test programs and to peek and poke around the Mac’s memory. Then we used Digital Research’s CPM/68k and developer tools to do some additional testing.

I’ve had the distinct pleasure of introducing Guy as a keynote speaker at one of Borland’s (now called Embarcadero) developer conference. Guy often tells people that I’m the only one who has ever introduced him as a keynote speaker wearing shorts and a tie dye t-shirt. Welcome to Santa Cruz, Guy! At that developer conference, Guy spoke about his “Rules for Revolutionaries” with 10 rules taken from the book. I often use Rule #5, “Make Evangelists, Not Sales”,  in my evangelism talks to developer relations program professionals and software companies.

I’ve heard Guy present more times that I can remember and I learn something new from him every time. After he spoke about his 10 tips for using Social Media (he and Peg Fitzpatrick are the authors of “The Art of Social Media“) at our local Santa Cruz New Tech Meetup, You can watch the Facebook Live replay. I went home and immediately updated all of my social sites avatars and background images.

In a recent press release, Evans Data announced that Guy Kawasaki will be part of the keynote lineup of speakers for the 13th annual Developer Relations Conference on March 27-28, 2017 in Palo Alto, CA.

“Over the past 13 years the Developer Relations Conference has been bringing together leading authorities on developer relations and developer ecosystem strategy to meet, forge partnerships, and exchange insights on developer ecosystem development,” said Janel Garvin, CEO of Evans Data Corp. “This year’s conference will be no exception and we’re delighted to be joined by legendary evangelist Guy Kawasaki for his keynote session on “The Art of Evangelism.”

If you’ve never had the pleasure of seeing Guy Kawasaki, currently the chief evangelist of Canva, live you should join us in Palo Alto at the end of March. If you need Guy’s keen developer evangelism insights to help you enhance your developer outreach program, you shouldn’t miss this opportunity to learn from Guy any many other world class developer relations program leaders, advocates and evangelists.